In September 2014, we launched our activities, "Furukawa 'V' Challenge!!" , to promote women's careers and we have adopter a comprehensive approach to implementing initiatives.

In April 2016, we acquired Level Three(the highest level) of the "L-Mark", which is an accreditation for outstanding companies in the implementation of initiatives related to the promotion of women's careers.
In fiscal 2018, we will develop and promote new targets and action plans.

Objectives related to support the success of women in the workplace

(Note) A summary of our company’s initiatives is available on the Ministry of Health, Labour and Welfare’s “Enterprise database promoting women’s success”

Keiichi Kobayashi, President of Furukawa Electric Co., Ltd., has endorsed the “Declaration on Action by a Group of Male Leaders Who Will Create a Society in which Women Shine”, an initiative backed by the Cabinet Office of Japan.
Based on the items indicated in this declaration, which consist of “Taking action and sending messages ourselves”, “Disrupting the status quo”, and “Developing networking”, our company will take action in coordination with the “IkuBoss Corporate Alliance”, which we became a member of on June 7 of this year, to raise the motivation of women and make it possible for them to utilize their abilities maximally.

Utilizing the opportunities provided by the “Kick Off Meeting for Supporting Women to Shine” held at the office of the Prime Minister on March 28, 2014, movements conducted by leaders in various fields to support women who will and do shine with outstanding ability have been spreading.
As part of these movements, a “Declaration on Action by a Group of Male Leaders Who Will Create a Society in which Women Shine”’ has been coordinated, made up of male leaders from companies working to actively promote the success of women.

The Nadeshiko Brand of the Ministry of Economy, Trade and Industry

In 2018 and 2020, Furukawa Electric was selected as a Nadeshiko Brand in non-ferrous metal as an excellent listed company in terms of the empowerment of women. The Nadeshiko Brand has been created jointly by the Ministry of Economy, Trade and Industry and the Tokyo Stock Exchange to show excellent listed companies in terms of the empowerment of women as companies appealing to investors that emphasize an increase in corporate value over the medium to long terms.

Furukawa Electric has developed a plan of action for general employers under the Act on the Promotion of Female Participation and Career Advancement in the Workplace, which came into force in April 2016 and has achieved Eruboshi (L star; L stands for lady, labor and laudable) third stage (highest rating) certification as an excellent company in terms of the empowerment of women.

Kurumin Certification from the Ministry of Health, Labour and Welfare Achieved as a Company Cultivating the Next Generation

Furukawa Electric has achieved Kurumin certification three times (2007, 2010 and 2015) under the Act on Advancement of Measures to Support Raising Next-Generation Children. As a certified employer, the Company is actively supporting child rearing.

Basic Approach to Occupational Health and Safety Management In add...

Healthcare for Employees Working Long Hours In accordance with the...

Basic Approach Each of the Company’s divisions has acquired ISO 90...

Quality Enhancement Project For the purpose of improving the...

Nurture human resources at every level, so that we can become a more dive...

Previous Measures Although we have taken continuing actions toward...

We set up a system for various life events such as pregnancy, childbirth,...

Initiatives Promoting the Employment of People with Disabilities

Through the employment of people with disabilities, we promote diversity ... 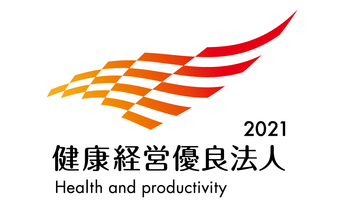 About welfare facilities Furukawa Electric supports the health and...

Our company established a specialized organization for "work style reform...

We regularly conduct lectures by experts to promote understanding of dive...